Senator Opeyemi Bamidele gave his opening remark “The National Assembly will not sheer in its mandate on making laws that will be acceptable and will be able to stand the test of time for Nigerians.

“In our view this is the hallmark of legislative governance. The protection from internet falsehood seeks to make provisions for a legal framework to regulate and control the use of the internet. As a responsive Senate we always pay attention to the fact that our results are people oriented in line with the best traditions of the National Assembly. Our task is to listen to your various perspectives to enable us have a fair understanding of your stand points.”- Senator Opeyemi Bamidele.

Senate President, Ahmad Lawan PhD, CON gave his opening speech; “I am most pleased to be here for this important public hearing. This hearing is a crucial one because the Bill has generated a lot of passion.”

“The passion is not unexpected because the Bill relates to the Internet. The Internet has become central to our lifes, as it has reshaped how we live, work and how we interact.”- Senate President, Ahmad Lawan PhD, CON.

“Like every other innovation, it has had its positive and negative sides. While it has somewhat made communication easier, faster and even cheaper, it has also affected our ability to easily trust some information.”- Senate President, Ahmad Lawan PhD, CON.

“When this kind of situation arises, we should interrogate all the sides in the divides on a continuous basis. Doing this will lead to a better understanding of the dimensions and provide an agreeable way forward.”- Senate President, Ahmad Lawan PhD, CON.

“The Senate, and indeed the National Assembly have never assumed the position of knowing it all. Our rules and procedures do not even envisage a position where we will arrogate to ourselves knowledge of everything.”- Senate President, Ahmad Lawan PhD, CON.

“It was for this reason that we were prompt in referring the protection from Internet Falsehood and Manipulations and for Related Matters Bill, 2019 (sb.132), to the relevant committee last November.”- Senate President, Ahmad Lawan PhD, CON.

“It is pursuant to our procedure to open up discussions that we have invited you all. In assembling here today however, we need to remember that there are multiple positions on every argument.”- Senate President, Ahmad Lawan PhD, CON.

“This implies that we should not just be open minded and dispassionate, but should be ready to hear the other side, no matter how strong we feel about our own position.”- Senate President, Ahmad Lawan PhD, CON.

“It is trite to say that information and knowledge grow in an atmosphere of listening and sharing. When we listen, we put ourselves on a better ground to reasonably agree or disagree, because our own understanding would have grown.”- Senate President, Ahmad Lawan PhD, CON.

“When we are intolerant of an opposing view, we will not be able to relate with the message of the speaker. Disagreement comes thereafter, and it will prevent us from having a clearer roadmap.”- Senate President, Ahmad Lawan PhD, CON.

“I agree that matters of freedom of speech and the inalienable rights of man are issues we should not compromise. I also agree that the right of an individual ends where the rights of another individual begins.”- Senate President, Ahmad Lawan PhD, CON.

“The rope between the freedom of an individual and the limits of that individual is often a tight one to walk. As a people however, we cannot stop discussing this freedom and its limitations for peace and harmony, growth and development.”- Senate President, Ahmad Lawan PhD, CON.

“I am assured that with the people carefully invited here today, we are in a good position to proffer well-reasoned arguments on way forward on the Bill.”- Senate President, Ahmad Lawan PhD, CON.

“The Senate’s eventual position will be partly dependent on the Committee’s report. Your support in enriching this report is therefore very important.”- Senate President, Ahmad Lawan PhD, CON.

“I therefore thank you all for coming and it is my utmost pleasure to declare the hearing open. God bless you all. God bless the Federal Republic of Nigeria.”- Senate President, Ahmad Lawan PhD, CON.

Senator Hadejia Ibrahim gave the vote of thanks to mark the end of the first session of the public hearing.

Senator Sani Musa, sponsor of the Protection from Internet Falsehood and Manipulations: and for Related Matters Bill, 2019 (SB. 132) addressed the stakeholders and general public in the public hearing.

“I am fully a stakeholder in the Nigerian project and I believe that Nigeria needs a legal framework that will guide our social media space. National security is one factor that must be taken into consideration. The protection of minors is zero in our social media space in Nigeria. When I conceived this Bill I did not consult with anybody. I have been in social media for the past 15/17 years and I know the impact. You continue to post what is unreasonable but there must be a line.”- Senator Sani Musa.

“Social media today has quickly penetrated to the health sector, business sector and insecurity in the country. Because of misinformation and disinformation so many things are going wrong. A lot of people have gotten married through social network, that is the fact. We have no other country to rely and depend on than Nigeria. This Bill I am the sponsor must go through. We should allow reasons to come into our hands not for me or you but the generations that will come.”- Senator Sani Musa.

“We have variously expressed our position on this Bill. This Bill in summary seeks to pigeon hole Nigerians from freely expressing themselves. The NUJ is totally opposed to this Bill and we want to advise the sponsors to withdraw same. This is also an unnecessary proliferation of laws because we have the criminal code and the penal code, most recently is the cybercrime law of 2015. Proliferation of law is not a unique ingredient of democratic governance. We are not so much against the fact that fake news has done terrible damage to our national life. The people should not be stopped from expressing themselves. Government can regulate platforms but regulating end users is against the spirit of good governance.”- Comrade Christopher Isiguzo, President Nigerian Union of Journalist.

“In opposing this Bill, my organization will like to remind the sponsor that Nigeria is a signatory to universal declaration of human rights.”- Lanre Arogundade, Executive Director of International Press Centre.

“We are responsible for making sure the quality of the service provided is up to standard and not responsible for what is hosted. It is our opinion that the National Assembly may need to redraft the Bill completely to ensure it is in line with the provisions of the law.”- Umar Garba Danbatta, Director NCC.

“This Bill seems to infringe on human rights and it is the position of PLAC that this Committee should entirely discard the Bill.”- Clement Nwankwo, Executive Director PLAC.

“We welcome this Bill for reasons of national security. Even in advance democracies, we have had their governments take measures to promote national security…Internet falsehoods harmed personnel safety and that of their families and misinform members of the military and general public. We have submitted about 31 points observation, on the whole we urge you to look at the bill again and consider it in the interest of national security.” Representative of the Chief of Army Staff.

“The commission has considered the law and has its following comments, the long title of the bill does not indicate who the law seems to protects. There should be a balance between interest of the government and interest of the people. The Bill is providing enormous power to the Nigerian Law enforcement especially the Nigerian Police. There has to be a sequence, when to obtain order from police and NCC and when to go to appeal. There has to be a flow of thread of events which is missing in the Bill.”- Prof. Jumai Muhammad Audi, representative of the Law Reforms Commission.

“The Bill does not provide for a standard investigation.” -Shamsudeen Yusuf, representative of the Centre for Democratic Development.

“We consider this Bill a threat to freedom of expression in Nigeria.”- Osai Ojigho, Country Director, Amnesty International.

“This Bill seems to be built on a menace that cybercrime is not regulated at all.”- Representative of Spaces For Change.

“We have reviewed the Bill… This Bill appears to be misleading as opposed to deal with internet falsehood.”- Representative of Broadcasting Organization of Nigeria.

“Ours position on this matter is still being collated because of the nature of the forum. Since this is a work in progress, we also have our work in progress.”- Abdulrazaque Bello, Head of Media and Public Affairs Nigerian Governors Forum.

“Africa completely aligns with previous positions by PLAC, Spaces for Change and others, to the effect that this 9th assembly should not only trash this Bill but to halt its continuous consideration.”- Samson Itodo, Executive Director, YIAGA.

“DAAR communications is opposed to this Bill, it should be thrashed now as opposed to being amended.”- Raymond Dopkesi jr., representative of AIT.

“This Bill is about the protection of those in power.”- Omoyele Sowore of Sahara Reporters.

“We are neither for or against the Bill. Any legislation passed by parliament we are duly bound to enforce it as a government agency. If this Bill is to go forward there are so many provisions that can be aggravated for the economy.”- Representative of ICPC.

“The Bill process is not just that Bill was read the first and second time, the real process is to go to Committee level which has expertise. Even at the Committee level there is public hearing where either the Bill will proceed or the Bill outrightly will be recommended not to be considered based on yearnings of the people.”- Senator Basiru Ajibola.

“Let me on behalf of our Committee again thank you for your interest in Nigeria and this Bill. We have not taken a position yet on this Bill. Any Bill that is brought will have the first reading without the sponsor not even saying a word, that is the legislative procedure world wide. We thank all of you who submitted memorandum and those who came to put their voice and faces to this hearing. This is a private member’s Bill and the Senate can never be held responsible for a private member’s Bill.”- Senator Opeyemi Bamidele.

Senator Opeyemi Bamidele brought the public hearing to a close. 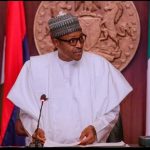 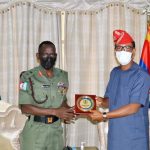 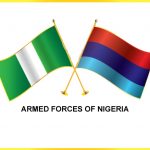 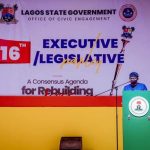 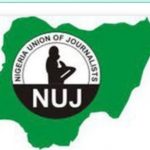