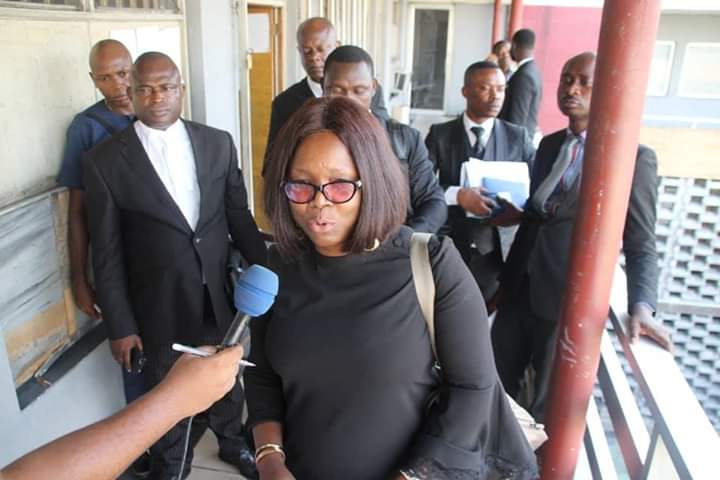 The Nigerian Communications Commission (NCC) has, again, demonstrated its commitment to making sure that Nigerian children and youth are protected from cybercriminals and their antics, as it commenced a nationwide cybersecurity awareness campaign at a conference attended by students from 24 private and public secondary schools in Abuja.

The campaign, which held earlier today (04/02/2020) at the 650-seater conference hall of the NCC Head Office Annex at Mbora District, Abuja, gives concrete expression to the Commission’s effort at strengthening Child Online Protection within the country, as the country deepens its embrace of the digital culture.

The significance of the event was seen in its attendance by three Ministers of the Federal Republic of Nigeria. They include the Minister of Communications & Digital Economy, Dr. Isa Ali Ibrahim (Pantami), represented by his Special Adviser on Technical Matters, Dr. Femi Adeluyi; Minister of Women Affairs, Dame Pauline Tallen, represented by her Special Adviser on Technical Matters, Princess Jummai Idonije; and the Minister of Education, Mallam Adamu Adamu, who was also represented by the Director, Information and Communication Technology (ICT) in the ministry, Abubakar Isah.

Representatives of the Ministers of Communications and Digital Economy, and Women Affairs applauded the intervention of NCC in not only stimulating accessibility and availability of digital access to Nigerians but also making a priority the sensitization of users, especially the younger generation on the proper use of the Internet and enlightening them on how they can be protected when using the Internet.

Addressing the students and other participants at the event, Pantami, who commended the NCC leadership for the cybersecurity awareness initiative, stated that as Federal Government is driving digital economy, through the ministry and its agencies, especially the NCC, it also places primacy on proper and continuous education of end-users of telecom services.

He said together with its various agencies, the ministry is working to implement the eight pillars of its recently-unveiled National Digital Economy Strategy and Policy aimed at unleashing robust digital economy where everything is ICT-driven towards accelerating economic prosperity.

Earlier in his address, the Executive Vice Chairman of NCC, Prof. Umar Danbatta, said the NCC-sponsored cybersecurity enlightenment programme has a specific interest in online protection of the youth especially the children both in public and private schools.

“It is an undeniable fact that the Internet has become an indispensable element of everyday life, for that reason, our children and youths are not excluded; they are highly involved in the use of new technology applications, especially since it provides opportunity for research, learning, communication, entertainment, and business for those with entrepreneurial minds,” the EVC said.

Danbatta explained that the pervasiveness of the Internet and the proliferation of mobile phones make it difficult for parents and guardians to effectively monitor the online activities of their wards in comparison to the old system of connecting to the Internet via desktops and laptops.

He emphasised that although the Internet provides countless opportunities for children, it also exposes them to potentially harmful content. He cited a United Nation’s report on Nations Populations Estimates and Projections, which looked at Nigeria’s population from 1960-2019, indicating that children and youths constitute a large portion of the country’s population. The report further indicates that the median age of the country is 18.4 years as of 2019.

Accordingly, and based on other statistics, Danbatta said children and youths are the most active participants online via social media networking sites, making them potential victims of grooming, inappropriate content and exposure to unscrupulous actors in the cyberspace.

In addressing all of these issues towards protecting the young population against cybercriminals, the EVC said the Commission has instituted various initiatives. One such initiative, he said, is the ongoing awareness campaign to sensitise secondary schools children across the country to cyber-related crimes, such as cyberbullying, Internet fraud, identify theft, online soliciting of minors.

According to the EVC, this explains NCC’s plan to educate many audiences on the necessary information and knowledge required to safeguard against cyber criminality in line with the Commission’s responsibilities as a regulator that is Irrevocably committed to protecting and empowering consumers of all ages and statuses.

Other initiatives include collaborating with key cybersecurity stakeholders to foster and engender a robust cybersecurity environment, and the involvement of the Commission in all the collaborative process that culminates in fashioning various cybersecurity policies, strategies and laws.

It also informed NCC’s involvement in the establishment of a Cyber Security Incidence Response Team (CSIRT) as well as the establishment of the Internet Industry Code of Practice by the Commission. The foregoing according to Danbatta was to ensure that industry-wide standards and obligations of minimum cybersecurity provision are implemented for the protection of child online and securing communication infrastructure.

While noting that the fight against cybercrimes transcends geographic jurisdictions, Danbatta affirmed that the Commission is working to build strategic partnerships and collaborative alliances with stakeholders, agencies, and organisations to ensure safety of the cyberspace for users in Nigeria.