” On 3 July 2020, troops of Operation HADARIN DAJI stormed a bandits’ camp at Sanu village in Zurmi LGA of Zamfara State sequel to actionable Human and technical intelligence on the heavy bandits’ presence in the vicinity. Adopting aggressive tactical maneuvers, troops stormed the hideout and engaged the cowardly bandits who fled in disarray, scores with gunshot wounds. Troops pursued the bandits and made further contact with them, overwhelming them with heavy volume of fire.

Exploitation of the general area led to the recovery of one AK47 rifle and one SMG rifle. It was also revealed that several bandits suffered heavy injuries and most likely died, as evident in the vast pools of blood along their withdrawal route.

In a related development, troops made contact with bandits at Bawan Daji village and neutralized one bandit while many others were fatally wounded. Troops further raided bandits’ enclave at Gidan Zamfarawa about 10km from Mashanyin Zaki. The bandits fled on sighting troops from afar but were pursued by the determined troops who engaged them with aggressive firing. Troops exploited the general area and destroyed 7 major bandit camps while one AK47 rifle, and 2 Motorcycles, amongst others were equally recovered.

Similarly, on 5 July 2020, troops stormed an identified bandits camp at Salihawa village in Batsari LGA of Katsina state following credible intelligence on their activities in the village. Troops overwhelmed the bandits with superior firepower and neutralized one of the criminals while several others escaped with fatal gunshot wounds. Troops also apprehended a suspected bandits’ logistics supplier, Mohammed Illela at Illela village on 4 July 2020 following a tip-off. The suspect was arrested while attempting to convey 13 jerrycans and 30 litres of Premium Motor Spirit concealed in an ash-coloured Volkswagen wagon car, to suspected bandits.

Furthermore, owing to intensified operations, projected by aggressive presence and posture of troops in the theatre, 3 notable bandits have surrendered to troops along with their weapons. The repentant bandits submitted one Light Machine Gun and 2 X AK 47 rifles. 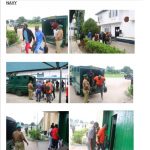 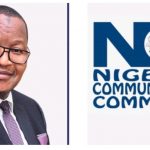 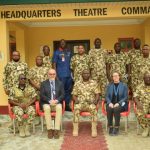 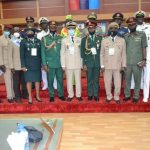 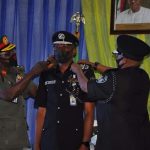