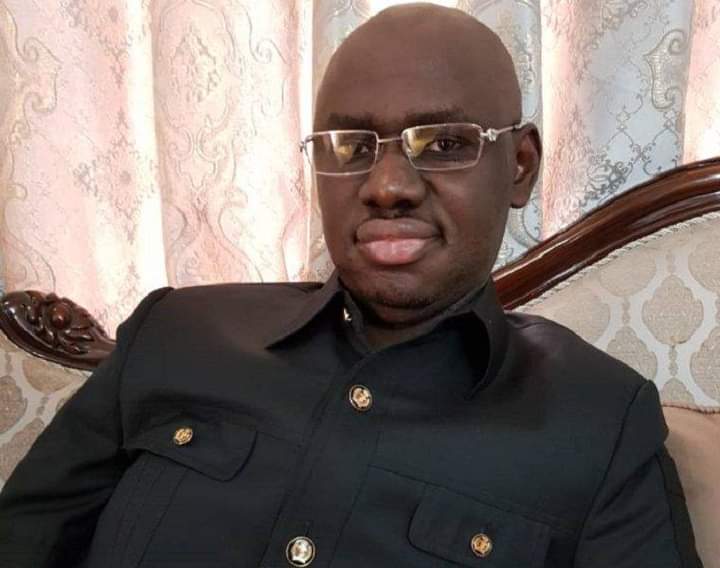 Activist and former National Deputy Spokesman of the APC, Timi Frank has berated President Buhari on nomination of the immediate-past Service Chiefs for Ambassadorial appointments.

He called it a “new low” for Nigeria. He said this while featuring on Plus Politics, a programme by Plus Africa on Monday.

He started by apologizing to Nigerians for his being a part of those that brought the ruling party, All Progressives Congress (APC) to power in 2015. He blamed the suffering of Nigerians on the Buhari Government.

The President we have today is not even aware of what is happening in the Presidential Villa as of today. Today I can tell you clearly, there is vacuum in governance in Nigeria.

There is no leadership. Every one person that is serving in this General Buhari and APC administration is taking advantage of the fact that there is no governance in place.

Speaking on his perceived priorities of President Buhari, he said “We have a President that is more interested in protecting cows more than human lives. The examples are there, that is why whenever you criticise the herdsmen, within 24 hours you will get a rapid response from the Presidential Villa.”

Speaking on the Ex-Service Chiefs, he said; “The four of them, despite all the atrocities that they committed for the past five years, we saw what happened in Nigeria, we saw what the Boko Haram did in the North-East.

“We saw all the insecurity crisis, despite all the outcry, it took the President a very long time to make a pronouncement that he has dropped them, not knowing he has plans for them, to reward them, to shield them from (punishment for) all the atrocities they committed.

“These four persons are persons who should be facing the International Criminal Court (ICC), these four persons today are supposed to be answering questions, to all the Security agencies as to what they did with all the funds during their time in the Military.

“You saw what happened in the Lekki killing, in the Lekki massacre, what the Military did under Tukur Buratai, so for God sake, we expect that right now, this Government surrenders these persons to the International Criminal Court, to the Security agencies, to face trial.

“This Government is trying to reward incompetence, I say it that these people are very incompetent, we are watching as Nigerians to see the action of the Senate, it all boils down to the Nigerian Senate on whether to clear them or not”.

Timi Frank challenged the Nigerian Senate to prove to Nigerians as to if they are for Nigerians or if they are “loyal boys (of President Buhari)”.

Nigerian Military has never been this corrupt in the history of Nigeria.

He challenged General Tukur Buratai (Rtd) to show Nigerians how many guns he bought for the Nigerian Military with all the monies President Buhari borrowed for the Nigeria Military.

The former APC National Spokesperson alleged that all persons in the Buhari Government are involved in the corruption in the Military.

Addressing why he is not in Nigeria and the direct impact of his preferring to speaking from abroad, he said his not being in Nigeria does not stop him from airing his views as a Nigerian.

Timi Frank said he is doing more for Nigerians by his being abroad than if he is Nigeria.

He hinted on diaspora plans to lobby “like-minds” and ensure those in the Buhari Government have no hiding place abroad when they (expectedly) leave power in 2023.

He called the nomination of the former Service Chiefs as a “test-case” of his diaspora moves.

He alleged that the Government is buying the Senate to pave way for clearance of the Ex-Service Chiefs for the Ambassadorial nomination.

Speaking on the corruption in the NDDC, Timi Frank said, “under Buhari, the NDDC is the worst case it can be”.

On his plans for 2023, Timi Frank who is a founding member of the ruling APC and now an activist, denied that he has plans to run for any public office.